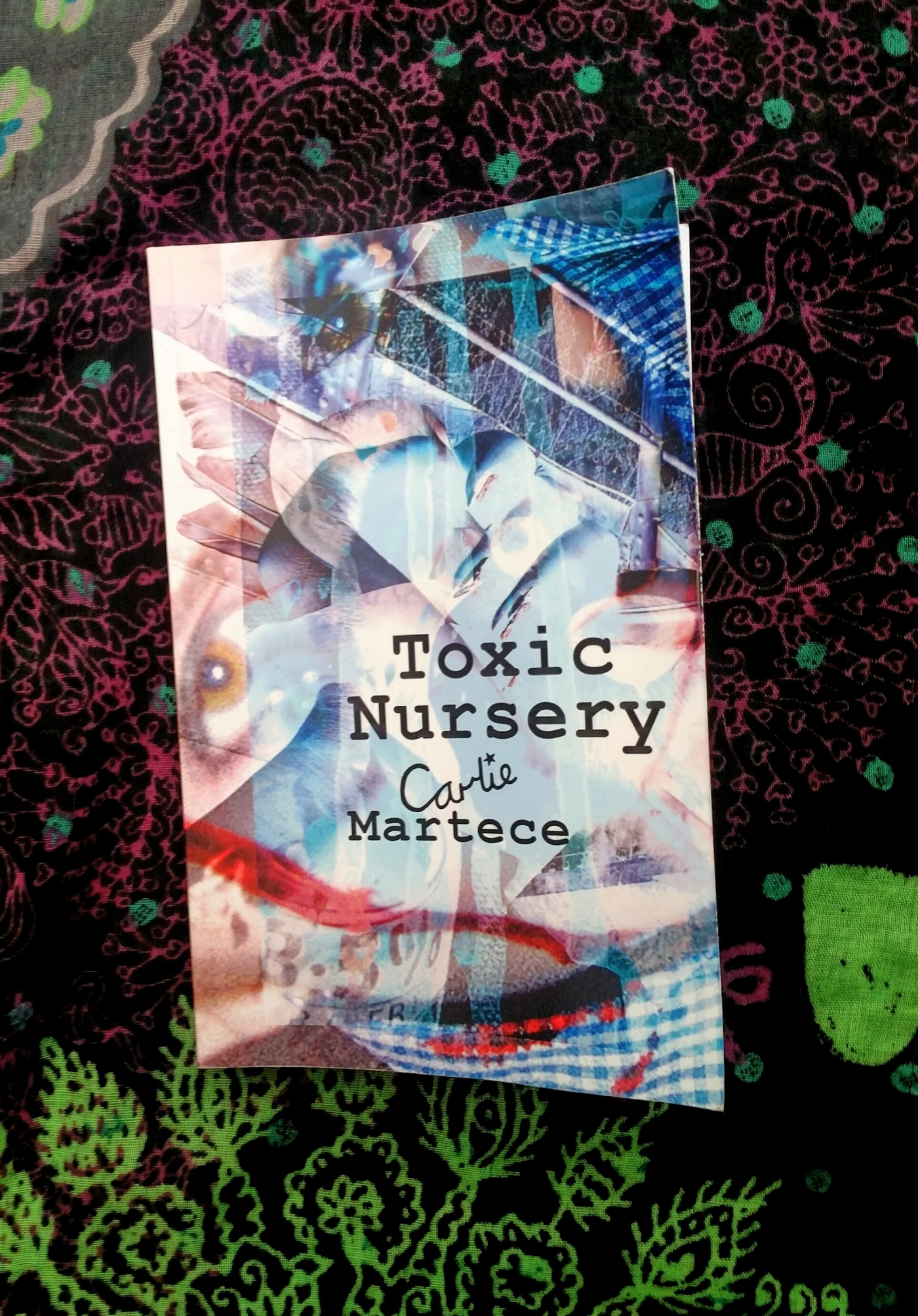 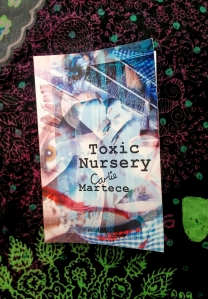 Toxic Nursery is a semi-autobiographical coming of age story from the point of view of a girl with Dissociative Identity Disorder, more commonly known under its previous appellation Multiple Personality Disorder.

‘People with an already unstable sense of identity could possibly do without the name of their affliction being changed, but the previous name had been somewhat misleading, as none of the patients actually had more than one personality. They merely had a single personality that had been dismantled into component parts, with each fraction thinking that it was a separate person on account of a dissociative barrier between itself and the other aspects’

This is an illness I knew relatively little about at the beginning, though my recent reading of The Divided Self by R D Laing meant that I did have a good grounding in the ways our sense of identity can warp and split. This perhaps made me more sympathetic to hearing about such an experience from the inside as opposed to from the perspective of a psychiatrist, or maybe that was because I empathised with the particular concerns expressed. The sub-cultures and locations featured in this book are familiar to me, as are the benefits of art as therapy, and the feelings of being misunderstood by peers and professionals alike due to the stigma that is sadly still attached to mental illness.

Also still fresh in my mind, having recently seen Jon Ronson live, was the limits of psychiatry in diagnosing and effectively treating mental illness. These themes were also approached in the book, showing the devastating effects of misdiagnosis and general lack of available, suitably trained professionals.

In terms of style, ‘Toxic Nursery’ is a relentless assault of vivid imagery that can be beautiful and terrifying in the same sentence. The reader is pulled in different directions at all times which is a most wonderful and artful use of ‘don’t tell, show’. This book is so different and hooking, it had me writing how it made me feel within 50 pages. And the way it made me feel, was that I was looking into a deep wound. I felt that I was a voyeuristic stranger who had no right to involve myself in such personal thoughts. I felt sad for the little girls, I felt inspired by the art, angry at the ‘responsible adults’. The story felt fractured, and yet the general impression was one of the most coherent and complete accounts of life I have read. There is no hiding from anything, there is no censorship. This is a person who sees all sides of everything and is therefore able to express wholeness. It is darkly humorous too, which might come as a surprise, and that does a great job of lightening what could otherwise be a dense and distressing experience.

‘Honeysuckle turned to her sisters in the mindscape (an internal place where all the personality fragments meet). “Are we really that self-absorbed?” She asked us. “I don’t know, let’s discuss it amongst ourselves until we figure it out, shall we?” Replied Estella.’

Martece is a talented writer to successfully pull off such a page turner (I read it until my eyes hurt) while simultaneously highlighting important issues, bearing her soul and making us laugh. She borders on prose at times, and shares some spot-on descriptions of how it feels to have an alternative perception of self:

‘It’s the strangest feeling, the contradiction between an increasing irrationality of your thoughts and the fact that your physical senses tell you the world is becoming clearer. You get the energy to throw furniture but lack the strength to take an insult. You acquire the motivation to burn down the building you’re in but lack the determination to save yourself from the inferno. Such destructive, distorted vision shouldn’t seem so sharp.’

And on self-harm: ‘It’s an unfathomable glory that turns rupture into rapture, a way to die while resolving nothing, to drown in death while still surviving for a tomorrow that just might make sense.’

There are also some insights into the double-edged sword that is substance (ab)use.

I’m not going to say this book made me think – the author makes the (very valid) point early on in the book that that is a distasteful thing to say in relation to someone sharing their pain, torment and very soul – but I will say that it hugely improved my understanding of a frequently misunderstood mental condition. It is an eye-opening, brutally honest, beautifully written account of how it feels to deal with mental illness in day to day life. It removes the barrier, showing the person trapped underneath.

Finally, here is another of my personal favourite quotes. It is very short, but so bittersweet:

‘We gave the world to the devil as we stole his lipstick.’