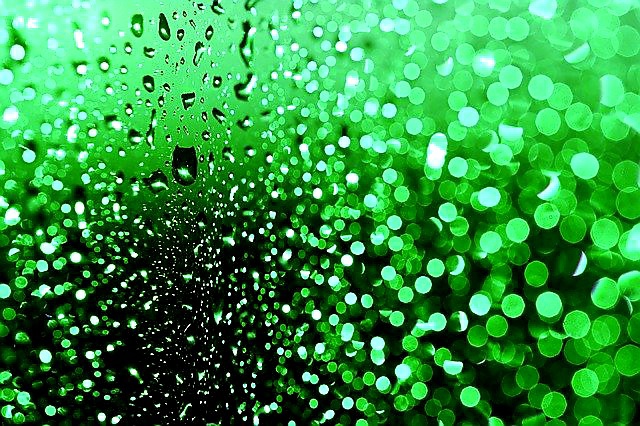 Kell wiped red paint from her hand onto a boor-tree-fiber towel and studied her creation. The crimson streaks glowed in the diffuse light from her bedroom window. All one color, an entire tube of alizarin used on one small paint board. The paint’s thickness determined the darkness or lightness. No recognizable figure graced the image, but the strokes suggested movement. An arm flung wide. A tapered back arched in dance. Transition from standing to leaping.

She frowned at her work. It wasn’t good enough.

She went to the window, wishing it were safe to go outside. Beyond the glass, rain dripped from curling fronds. Acidic slime, an oocyte that lived everywhere on this planet, dropped in sloppy masses from the branches of the treelike organisms in Kell’s neighborhood. She let her faint reflection fill her field of view and disappear as she pressed her nose to the cold glass. Her breath made a misty circle. Stories of going outside to play filled her head, tales she’d heard since infancy. All the classic stories came from Earth, the broken place that could only support a few thousand souls now, in cities that shielded their residents from the weather extremes wrought by global warming.

Here, on Kell’s home planet, children didn’t play outside. The oocytes would melt your dermis. The warnings echoed like a hiss, first as the voices of the adults around you and then from the mire of your own brain, never to be erased: The oocytes’ll burn your skin. They’ll eat you to the bone.

She turned away from the outer world where she could never go without protective gear. If she lingered too long, the paint would dry on her brush and ruin it. Paintbrushes were expensive, even a student-quality brush like hers. She missed the Earth-made sable brushes she used to have. But she sold them to help keep her family from losing their home when the protein extraction industry tanked.

She touched her tablet screen. Ran cool fingertips over the latest message from her grandmother on Earth, the most recent of thousands exchanged over the years. “I’ve declined further treatment. Without the drugs, I’ll feel good for another year, but then I’ll deteriorate. I’ve applied for a visitor license for you in the protected city. If you leave now, you can be here while I’m still in good health. I would so like to meet you.”

Kell didn’t have to look up the cost of a round-trip spaceflight to Earth. She’d known it by heart since long before her grandmother invited her. The trip cost as much as a year’s mortgage payments on her parents’ house, more money than their family would ever be able to spend at once.

The sound of rain against the windowpane called her back. The cold metal of the catch under her fingertips whispered her name. She lifted the window and edged her right thumb out, the thumb she needed for precise control of her pencils and brushes. Nothing touched her skin, so she stretched her arm out farther, until small drops of acid-laced rain stung her skin.

From a glistening dark twig above hung a slime globule, a nauseous shade of grayish green. It oozed and elongated but clung. She waited.

It fell. The sludge seared her thumb knuckle, and she gritted her teeth, alive again. A larger globule hung on a higher branch. She opened her palm to catch it, to melt her flesh. But reflex drew her arm inside before the larger glob could fall, and instinct curled the injured hand to her chest.

She took her brush to the bathroom, where the rushing sound of water in the sink mingled with the susurrations of rain against the roof. The faucet’s stream swept paint from the bristles. Red water swirled down the drain, the paint and her blood joining in a single stream.

A. J. Van Belle writes genre-bending fiction and works as a biology professor and molecular geneticist. When they’re not writing stories or code, they explore the woods with their two dogs and invite their husband and teenage daughter to listen to the plot twists simmering in their brain. Links to their work can be found at www.ajvanbelle.com.

Details on how to submit your own flash pieces to feature on our Showcase can be found on our Submissions page.