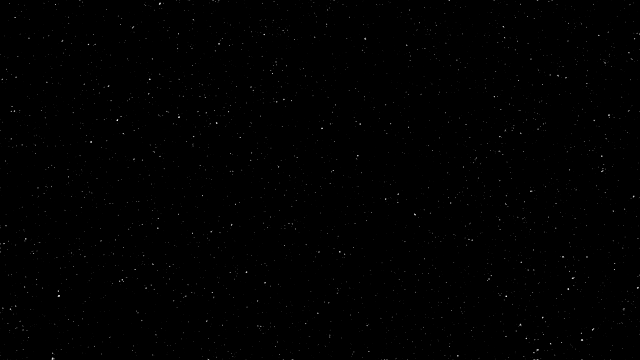 Did I awaken in a dream or dream I was awake?

I’d been drifting into twilit sleep, but did I make it? I saw nothing but blackness everywhere.

Not darkness, even when one wakes in a pitch black room there’s a sense—even if it’s subconscious—of a location, time or an innate feeling that things are there but unseen. When your pupil dilates, it comes to you.

This wasn’t blindness but absolute vacuity, I knew I could see, but there was nothing to see.

Light was derelict. Was it slowed, blocked, had it vanished?

Panic wasn’t within me, but an amalgam of ambiguous emotions: the feeling of awakening when you didn’t realize you fell asleep, the feeling of impending mini-apocalypse as a dreaded appointment neared, the no-man’s-land between déjà vu and jamais vu. As I couldn’t take the world as is nor could I imagine a new ideal, was this a new manifestation of Weltschmerz?

In my mind’s eye, which was unclouded, I saw bubble galaxies imbuing new realities. Was that something I sensed by some latent ESP I’d triggered or was that a dream, a daydream or a nightmare?

I felt weightless which was surreal. It was unearthly yet, as I took a step my movement wasn’t slowed and I touched back down onto solid, indiscernible ground. I was not aloft, nor paralyzed, but benumbed.

Seeing blindly, moving unfeeling; how could this be?

Looking down I saw my legs and hands. Another conundrum: There’s light hitting me and nothing else. What was the source of this light? Is it me?

Impossible. Yet, it seemed to be unless most basic tenets of physics no longer applied.

High in a jet black sky, at last I find light. That has nothing to reflect upon. It’s the moon’s corona or the light leaking out of a solar eclipse’s penumbra.

Neither stars nor clouds to be found, my senseless legs moved with ease and my ears aimed, probed, seeking some clue as to the time of day some tenuous link between this tenebrous plane and the world I knew. No sparrows or mourning doves; no nightingales; no crickets, no cicadas nor owls rattled my cochlea.

The wind doesn’t blow but I’m not in a vacuum.

My stubbornness insists that I continue to walk certain that I’ll eventually find some evidence of land—a plateau, valley, stream, river, ocean—even something more ephemeral: a tree, a rose.

The cold brings with it a scent, the summer and spring, too. I smell nothing except my sweat. I cannot tell if it’s the temperature or my perpetual motion making me perspire.

In feverishness, the line between hot and cold blurs, that’s how I feel now.

If my walk lasted a fraction of a second or half-an-eternity I cannot tell, nor can I tell if I’m going east, west, up, down; or I am on earth or sky-walking the Horsehead Nebula.

Were I in deep space, intellectually I know I’d be frozen, asphyxiated—it shouldn’t be possible, again neither should any of this.

All direction is meaningless, I tell myself. I might as well be in space. Turn! I cajole myself. Call it left, call it right, whatever you will.

I see myself at eight years old and I am frightened. Both of me are.

Do I really see myself?

Have I gone back in time or am I looking inward? Does seeing this younger version of myself mean that the inner-child is an actual being?

Tremors overtake me. Fighting my every cell, tendon, and muscle, I force myself to turn…wherever. I am eighty. Whether I traveled again, found a cosmic mirror or found the future further within me, I don’t know.

I sweat and shiver, teeth chatter, breath shortens, and I dehydrate.

My head lolling, everything goes black and I lose consciousness—or gain it. My wish for momentary escape is granted.

But for only the blink of an eye.

Upon returning I begin to wonder if something unprecedented might be wrong with my eyes. Color doesn’t exist in and of itself, it’s an interpretation our eyes make based on how light reflects off a given object. What if my sight is now selective or if my eyes are devoid of the ability to perceive color?

As I think about the nature of color and how it is a lie, I wonder if anything is true. True lies and false truths assail me.

My knees rattle as I think of all the people I’ve loved and hated and wonder if I really hated those I loved and loved those I hated. If I was wrong or if fact and fiction have inverted, what is the story of my life?

Has this dark interlude been what people call “life flashing before your eyes,” is it less cinematic montage ending in a caress of light and more a disorienting darkness that annihilates?

It’s almost as if I can feel myself ascending to a higher state of being, my mind immortalized through artificial intelligence, or perhaps this reality is a level of transcendence the human soul can only achieve in death.

This thought calms me. My body ceases feeling. The biggest lie is self-delusion.

Am I deluding myself?

If only there were an escape other than death, a detour out of life into something else entirely.

As the blackness without me burrows within and thoughts start to disintegrate in my mind barely half-formed, I cling to the last concrete notion I can: try as I might I cannot understand how this incomprehensible state is much different from life. That gives me peace.

How can I know?

I am nothing now. Or maybe everything was nothing to begin with.

Bernardo Villela has short fiction included in periodicals such as Coffin Bell Journal, The Dark Corner Zine, Constraint 280 and forthcoming in Rivet. He’s had stories included in anthologies such as 101 Proof Horror, A Monster Told Me Bedtime Stories, From the Yonder II, and forthcoming in Disturbed and 42 Stories among others. He has had poetry published by Entropy, Zoetic Press, and Bluepepper and others.

Details on how to submit your own flash pieces to feature on our Showcase can be found on our Submissions page.