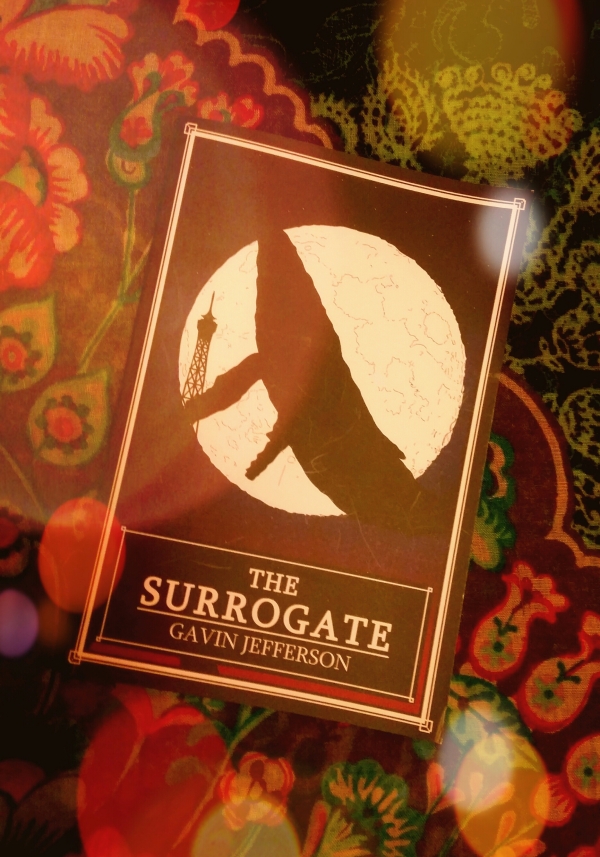 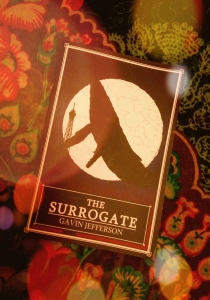 The Surrogate is a science fiction novella and debut release from author Gavin Jefferson. The setting is a world in which obesity has been eradicated, leaving behind a ‘healthy, beautiful, and promiscuous’ populous. All, that is, except for one man: a man named Ronald Calico, a.k.a. The Surrogate.

This book grabs the reader from the intriguing first scene where we meet an old man (with a much younger public face) boarding a cruiser with his robotic assistant. It is through his eyes that we are shown the way society has developed, and through his conversation that we learn who The Surrogate is and how his unusual career came about.

This is a straight forward read, and a quick one at just 100 or so pages. What amazes me is that in so little space, and without being immediately obvious, Jefferson skilfully poses important questions about the way we interact and, in particular, the way we perceive intimacy. The Surrogate addresses such issues as body image, sexuality, personhood, and the messages filtered down to the masses from powerful decision-makers. I was left contemplating the role direct and diverse human contact plays in our sense of connection, and whether it could be considered endangered as we reach new levels of scientific and technological discovery.

The characters are well-rounded: likeable but realistic, and the ending made me a bit emotional!

There is also a bonus story included in the book called ‘The Collector’, which is a great teaser for Jefferson’s next release ‘Almost Surely’. I am very much looking forward to reading that and more from this author.